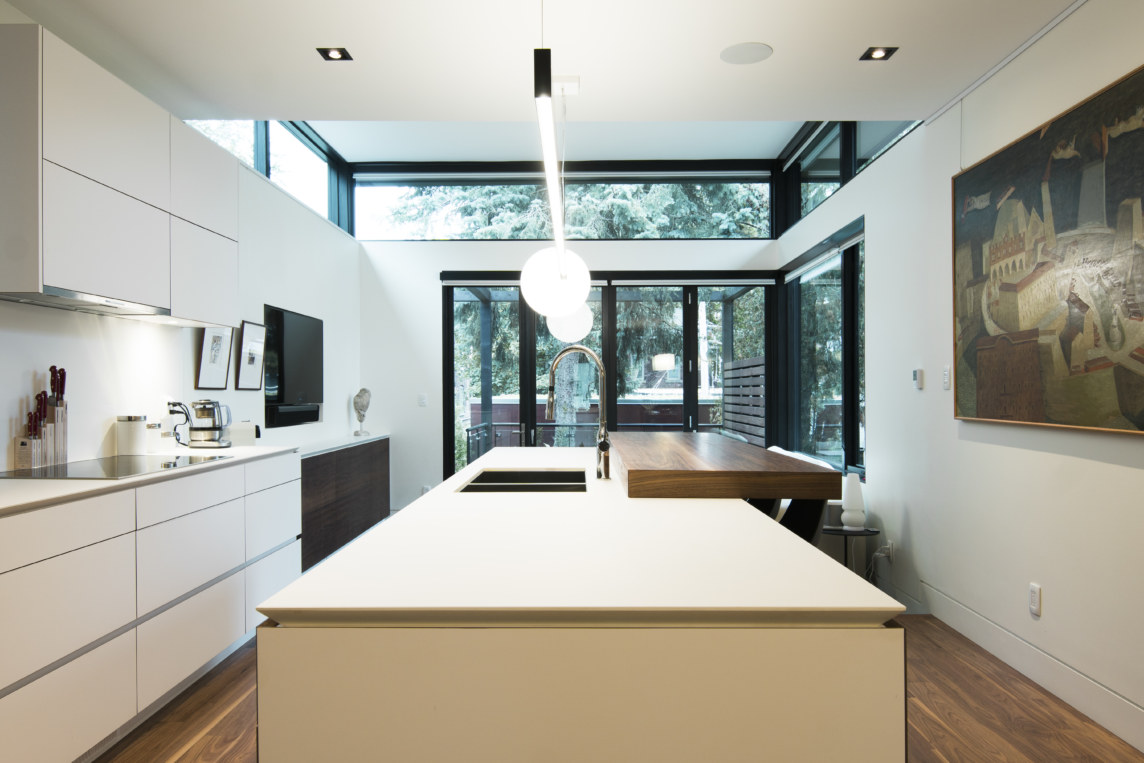 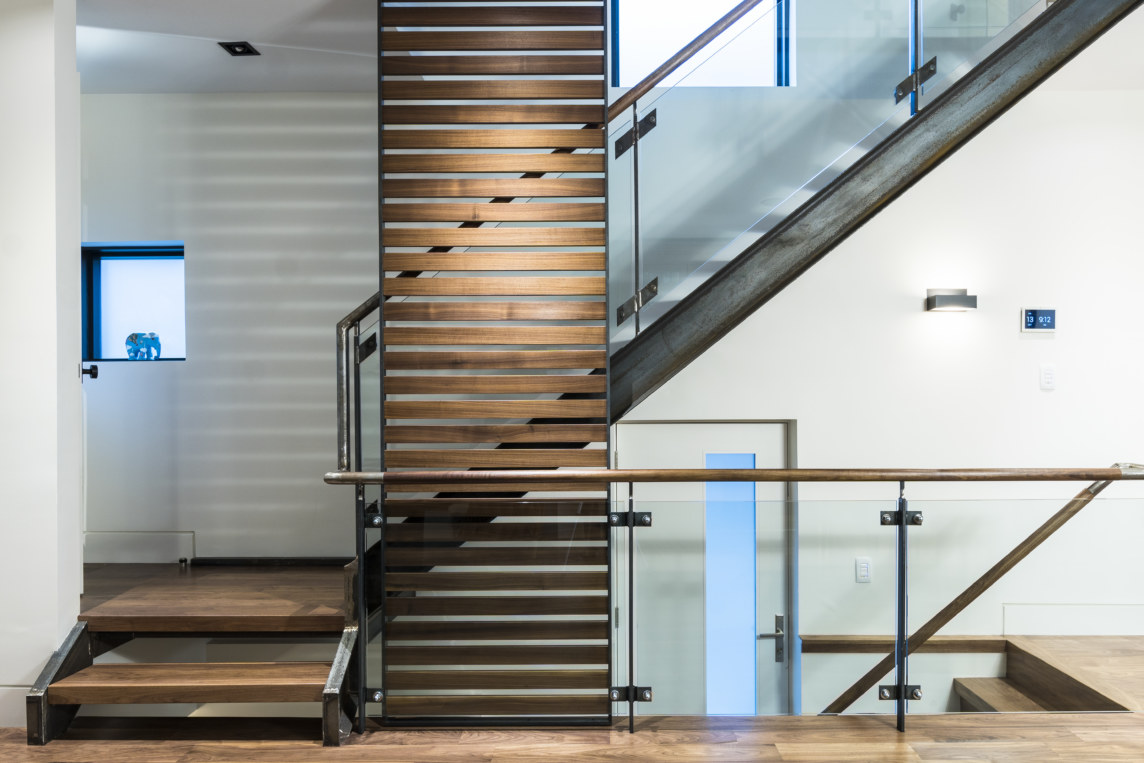 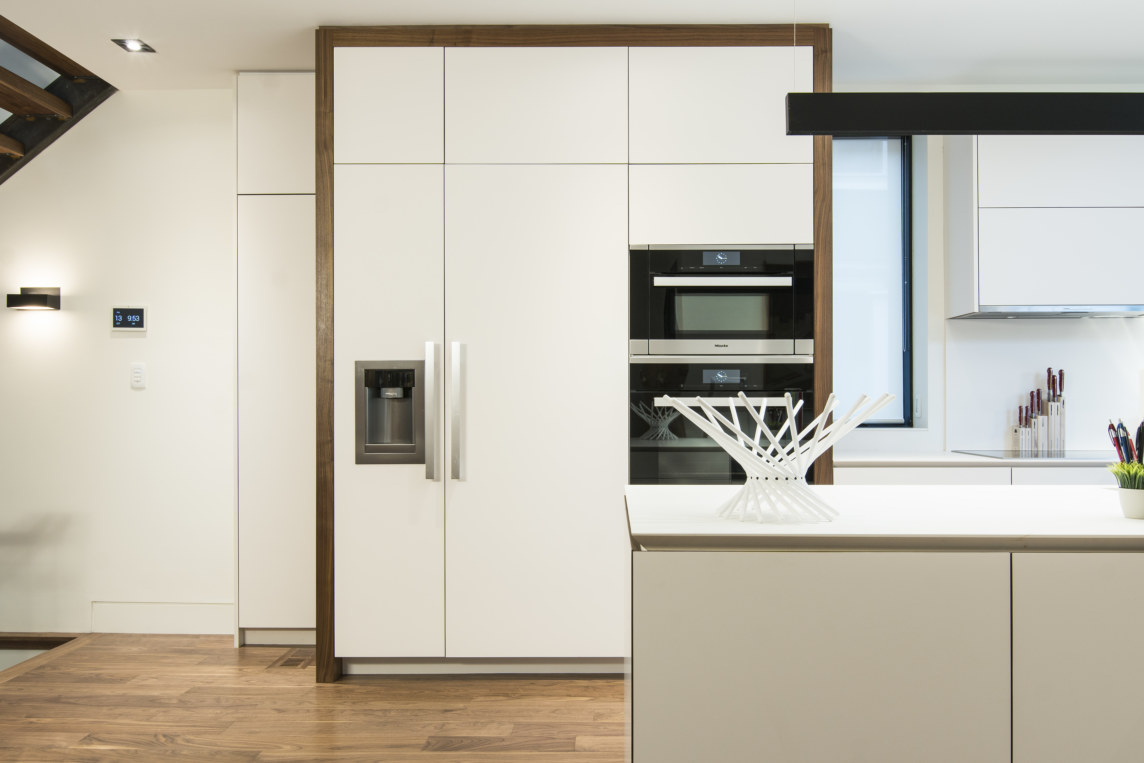 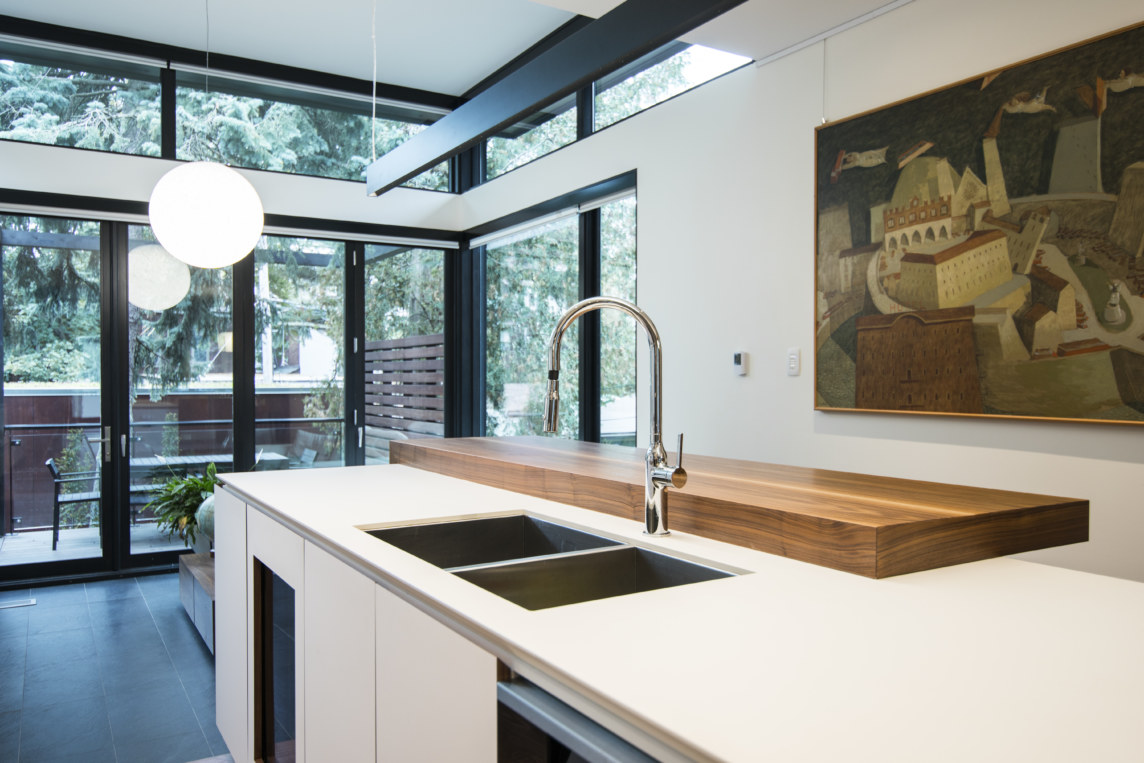 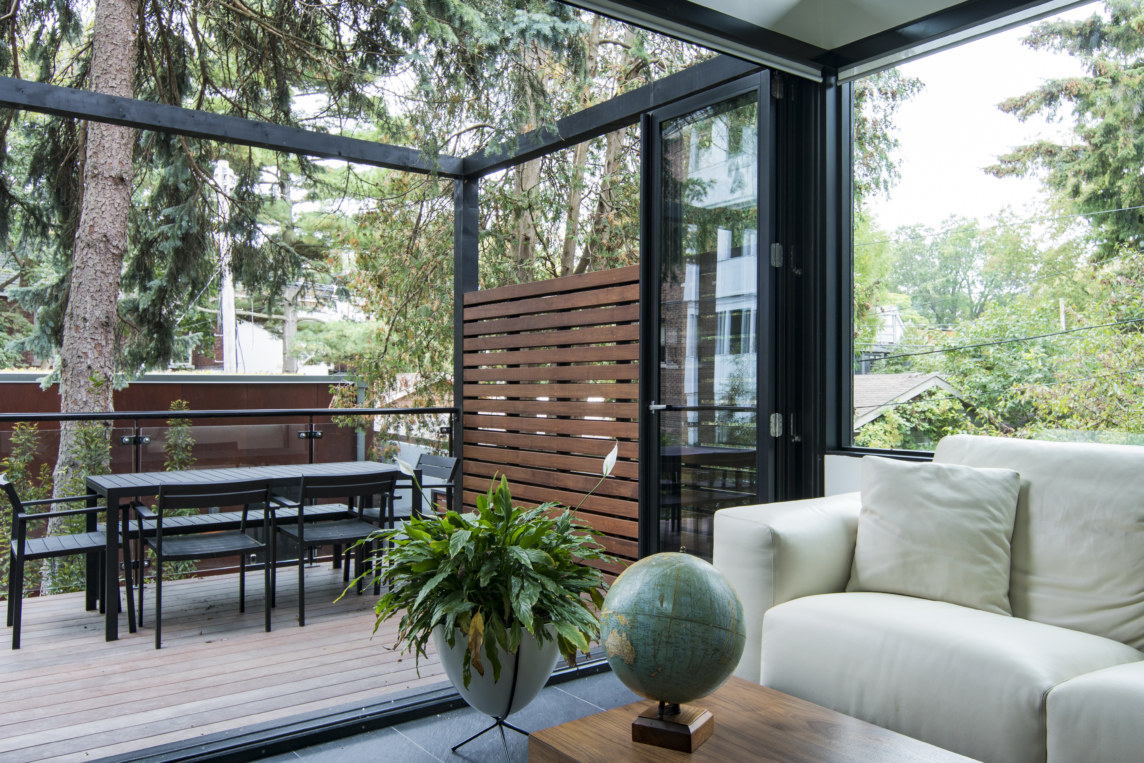 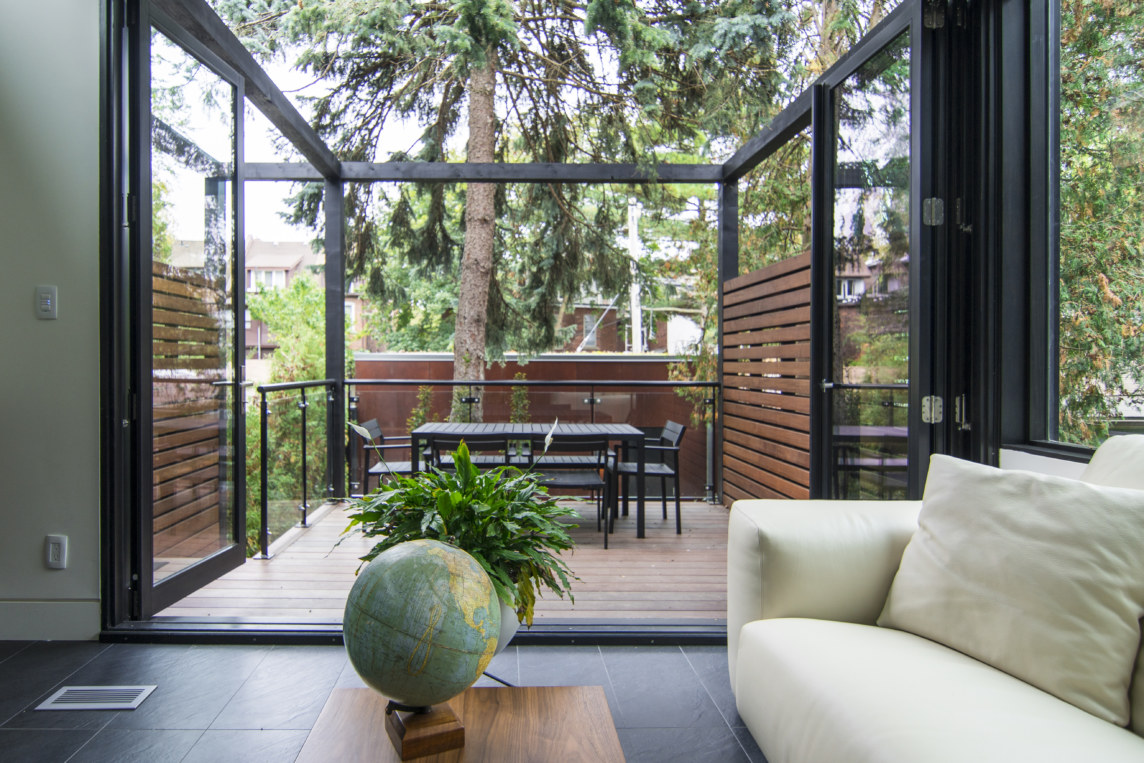 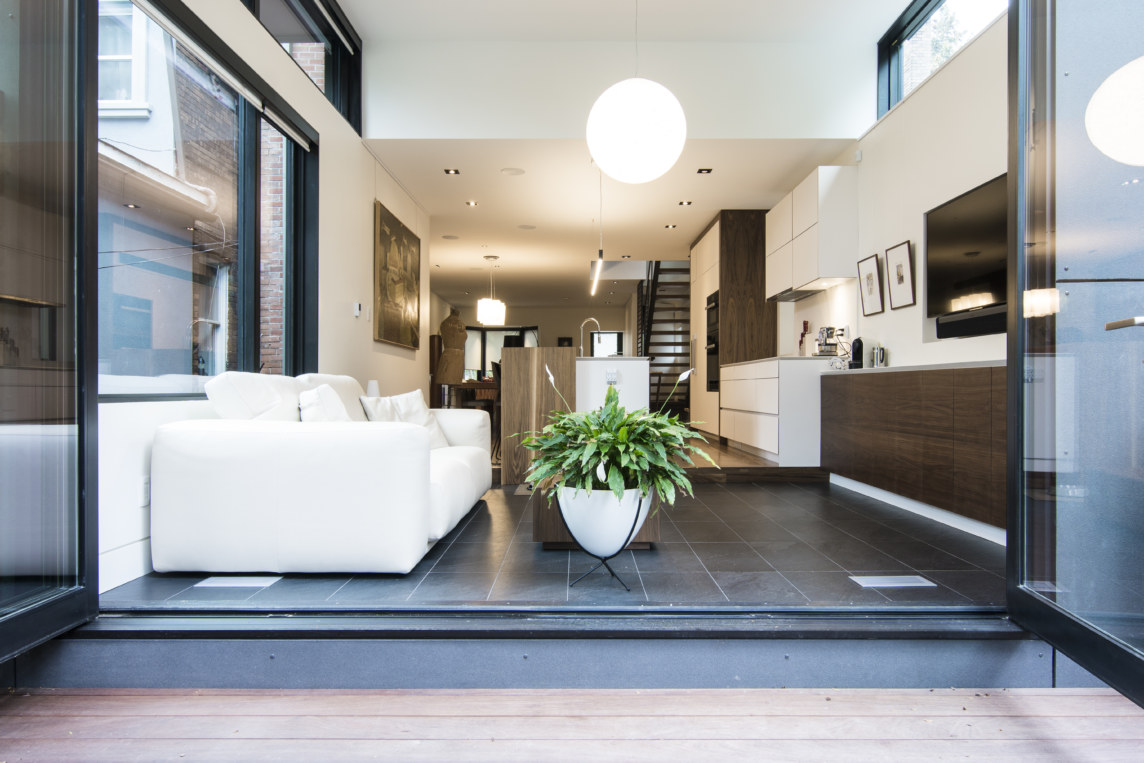 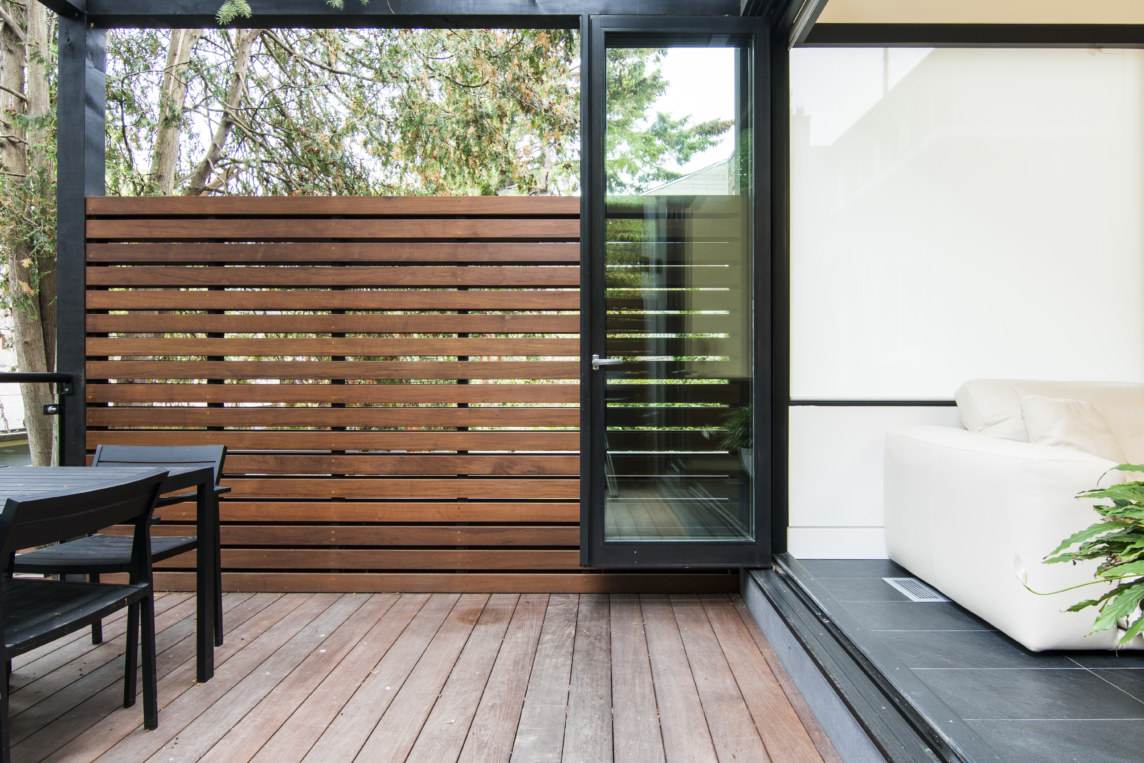 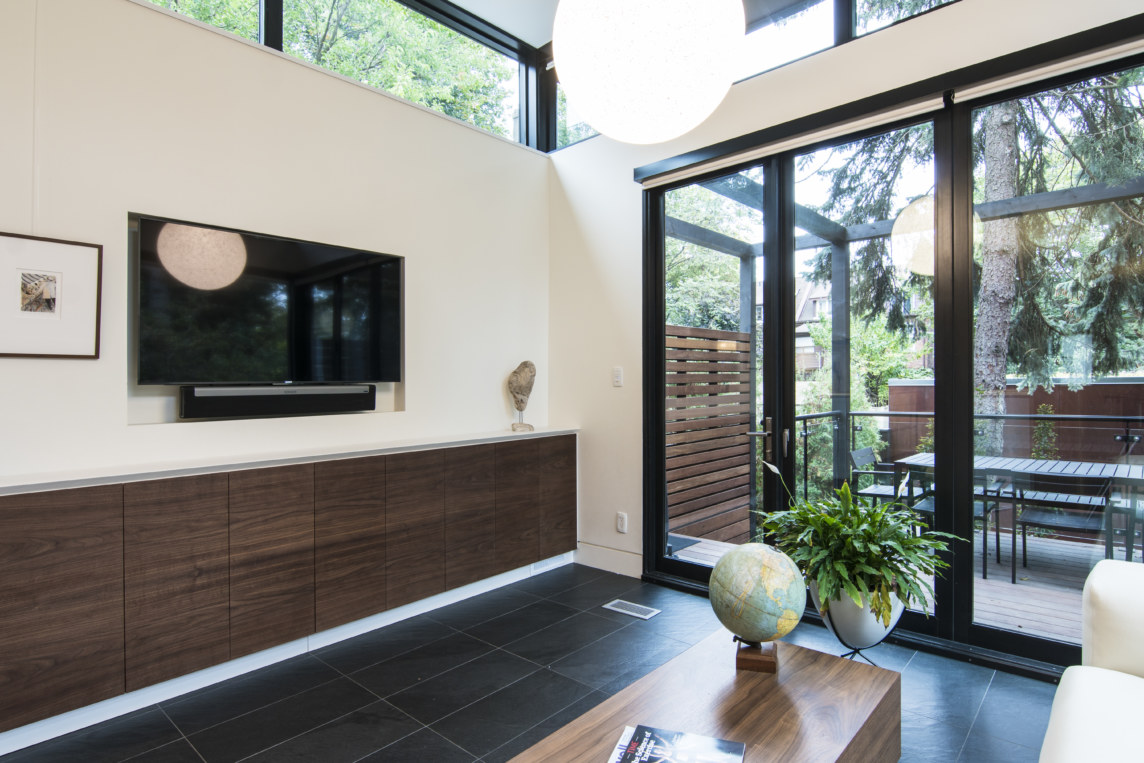 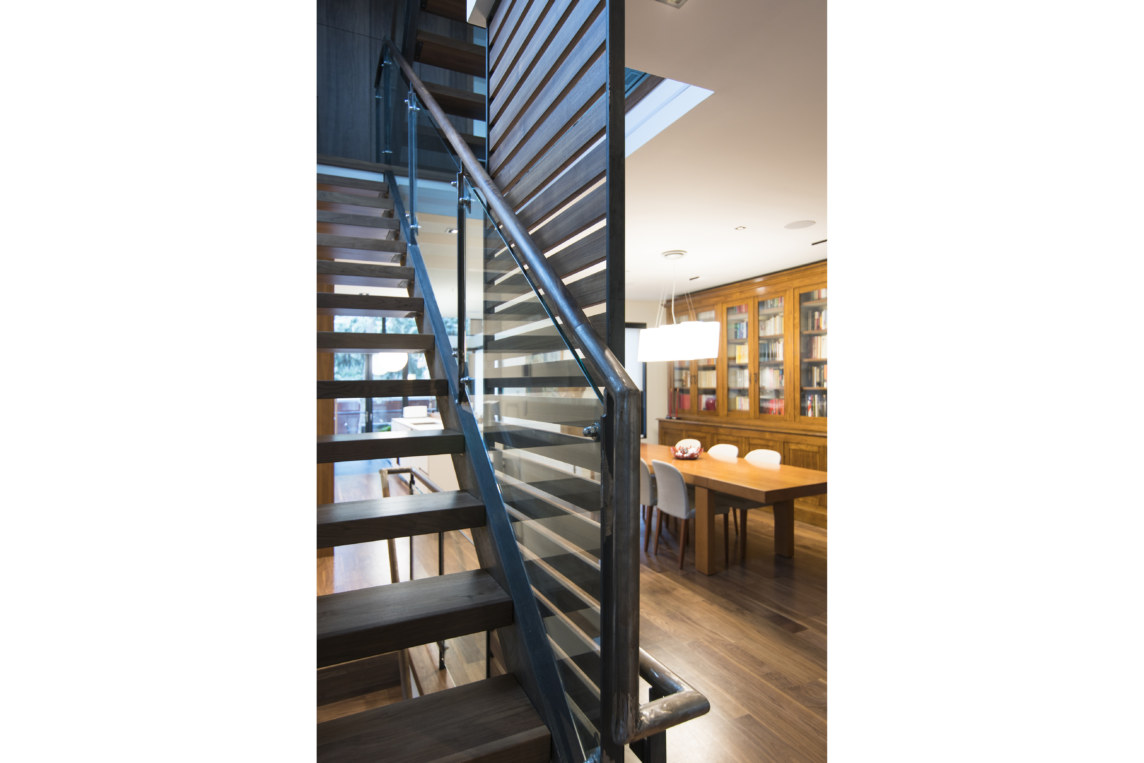 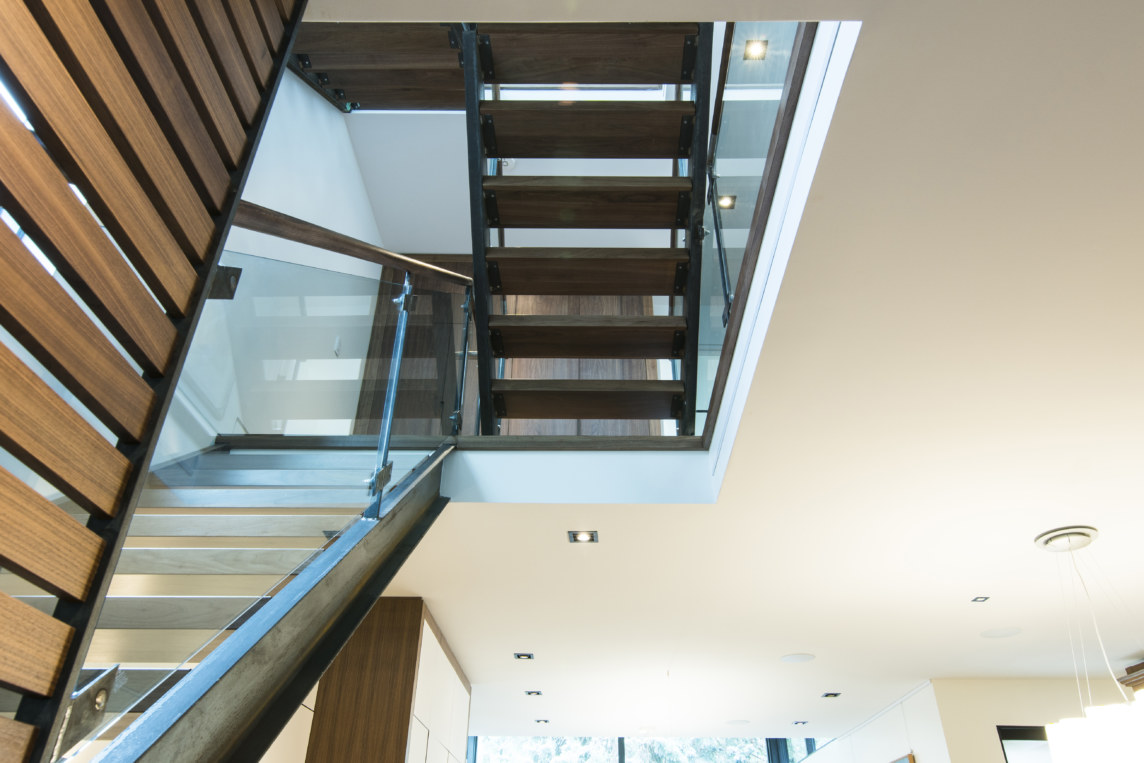 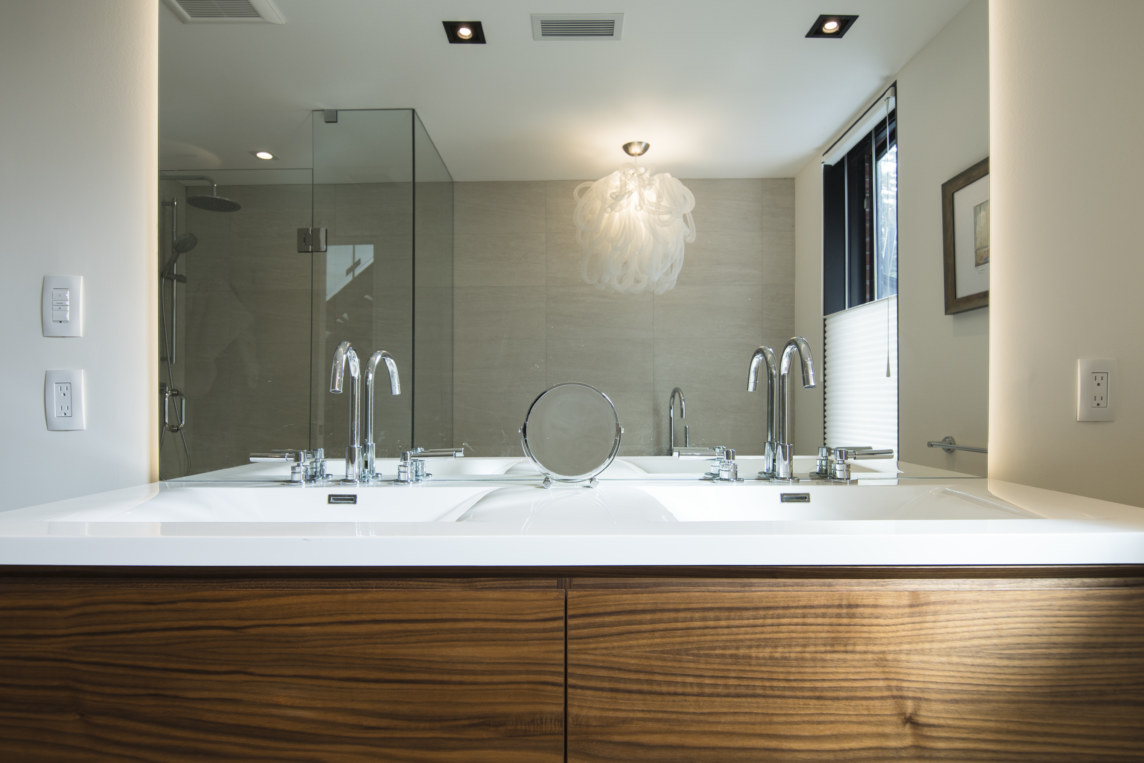 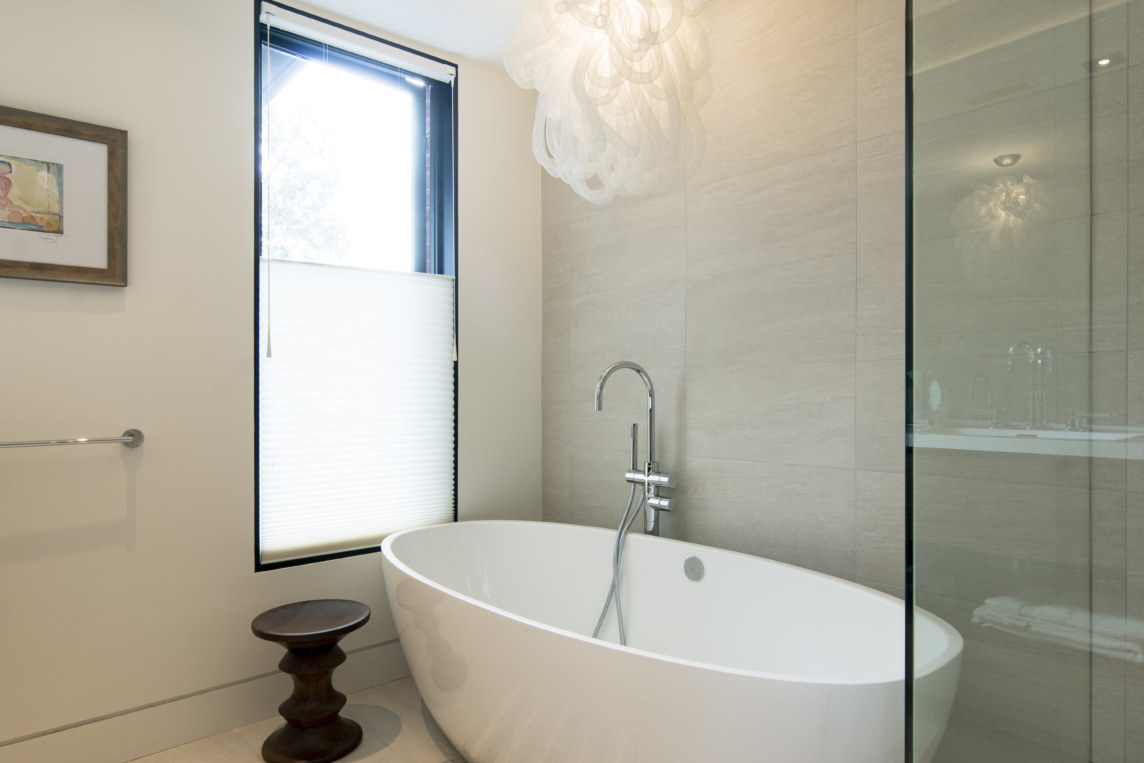 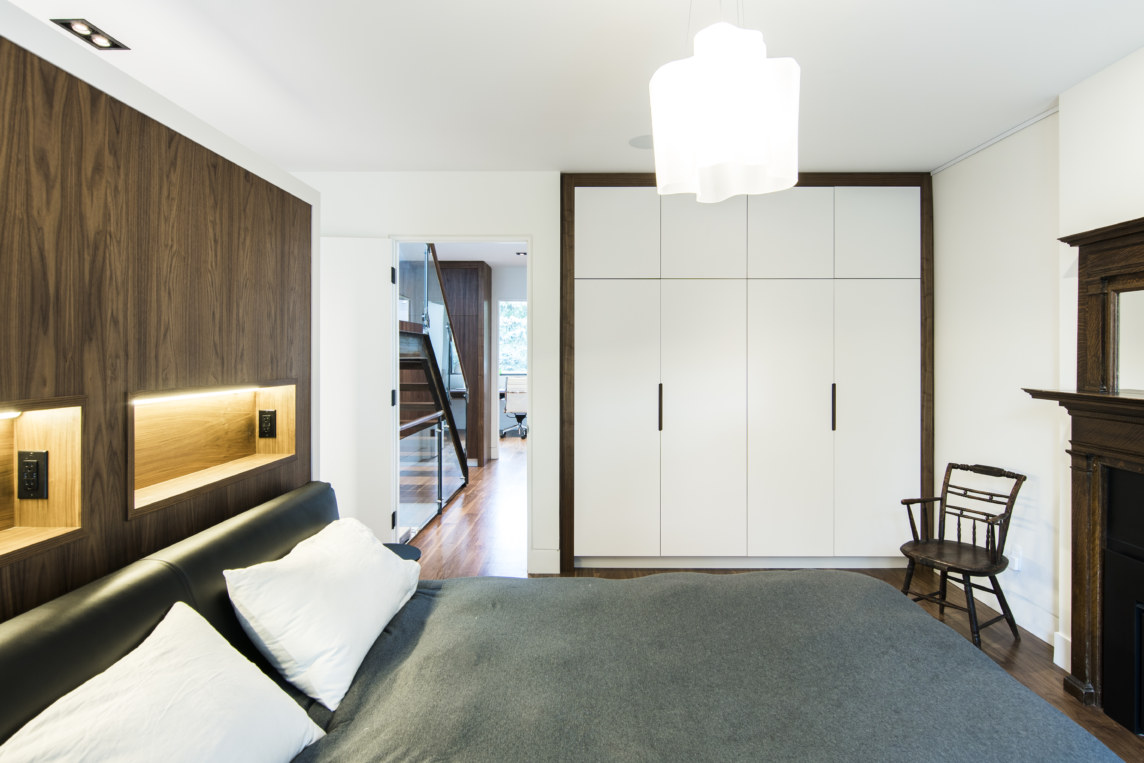 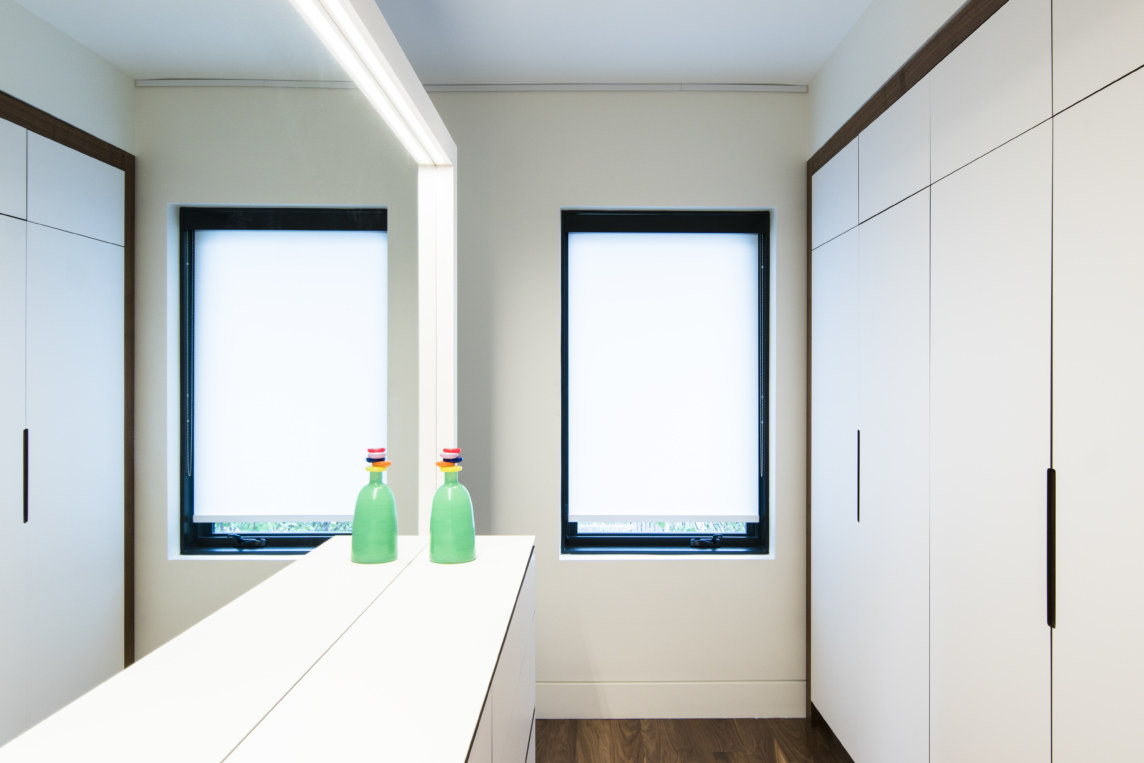 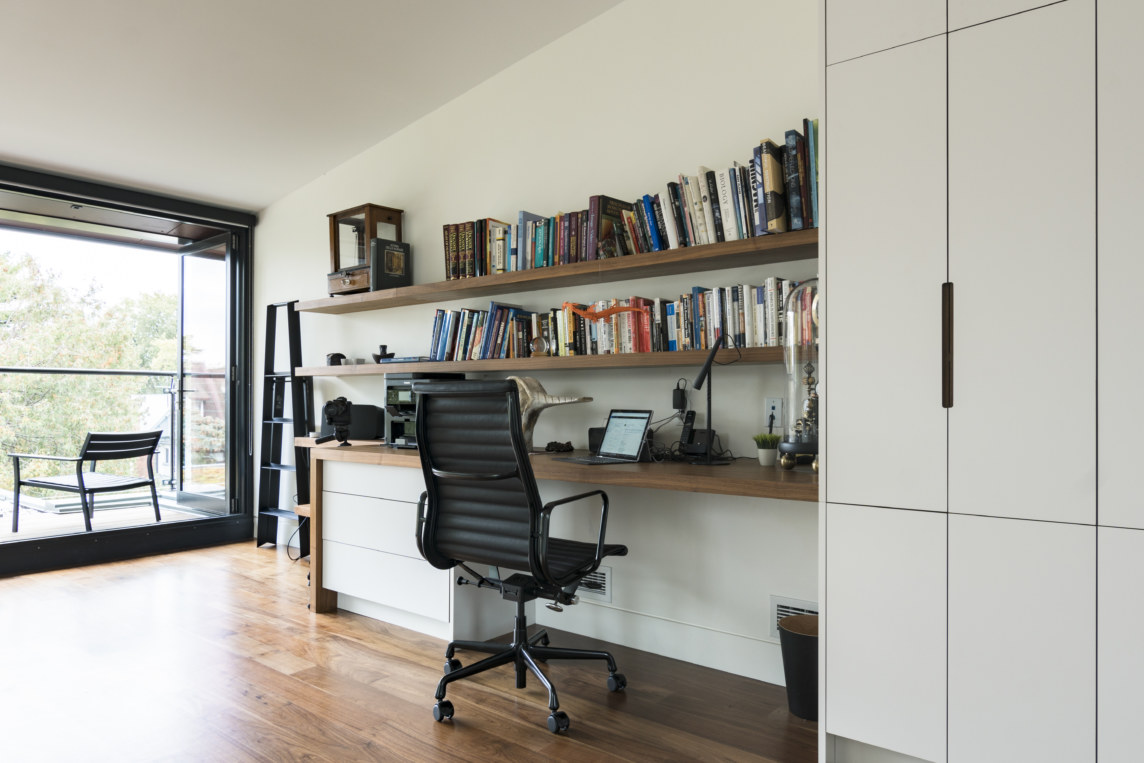 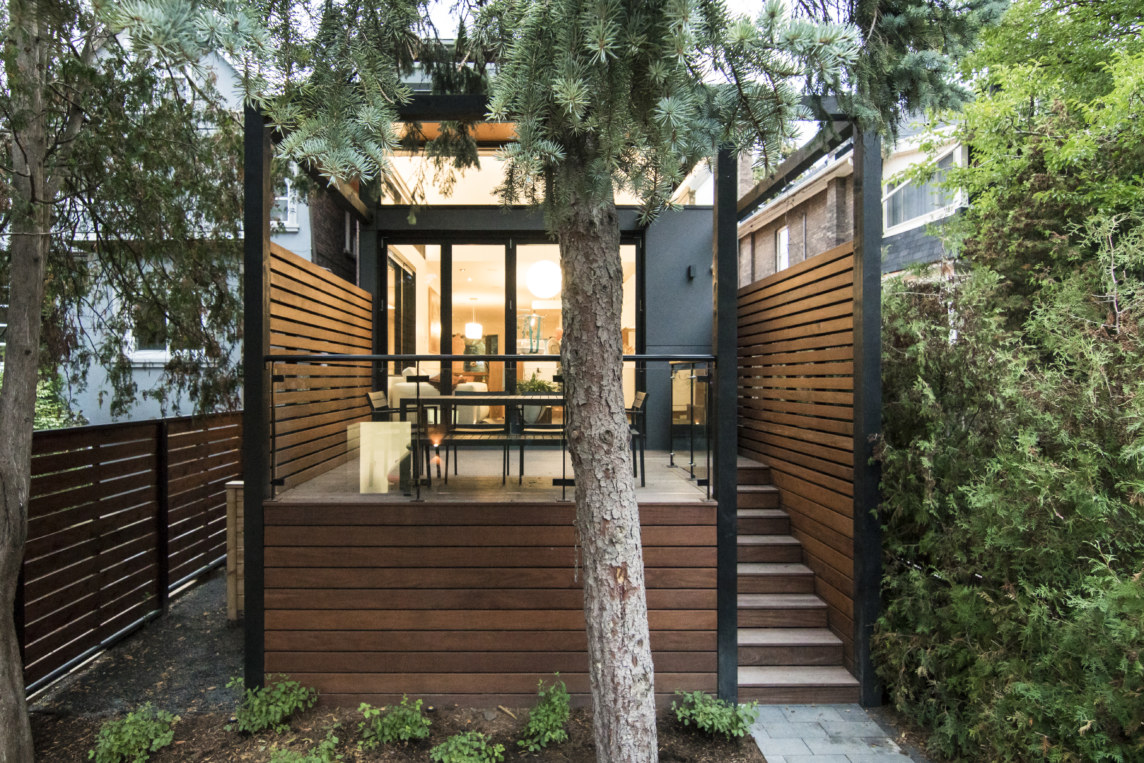 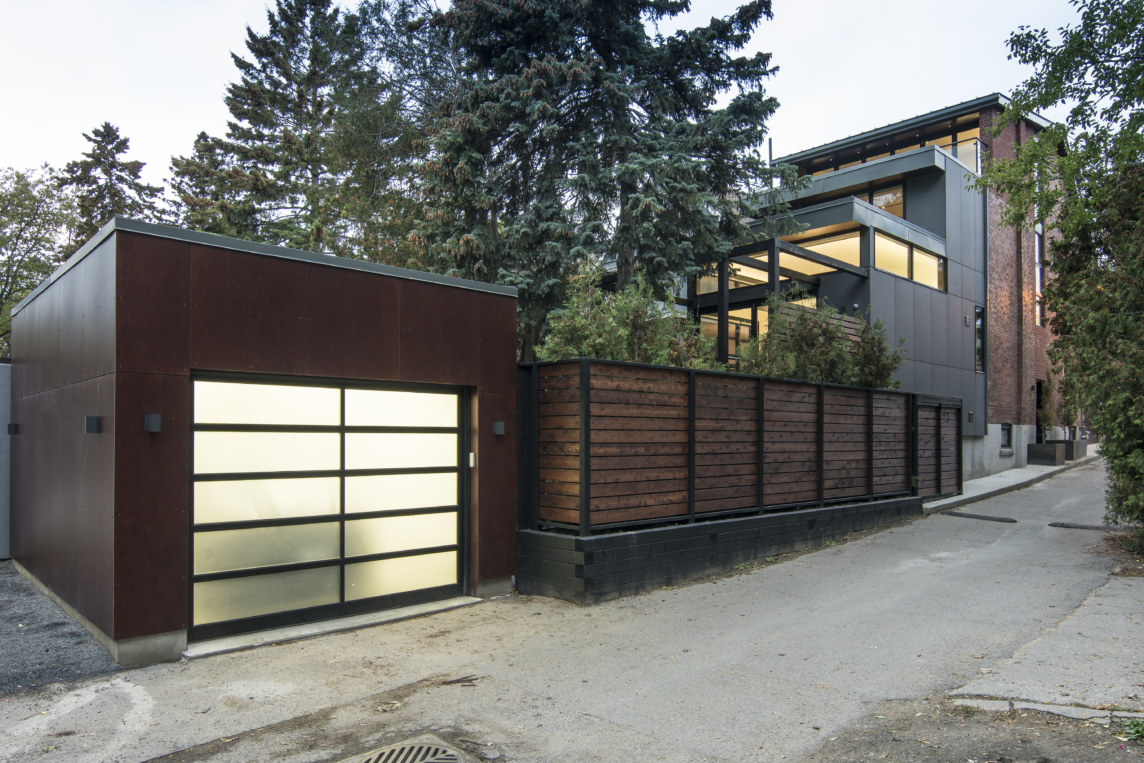 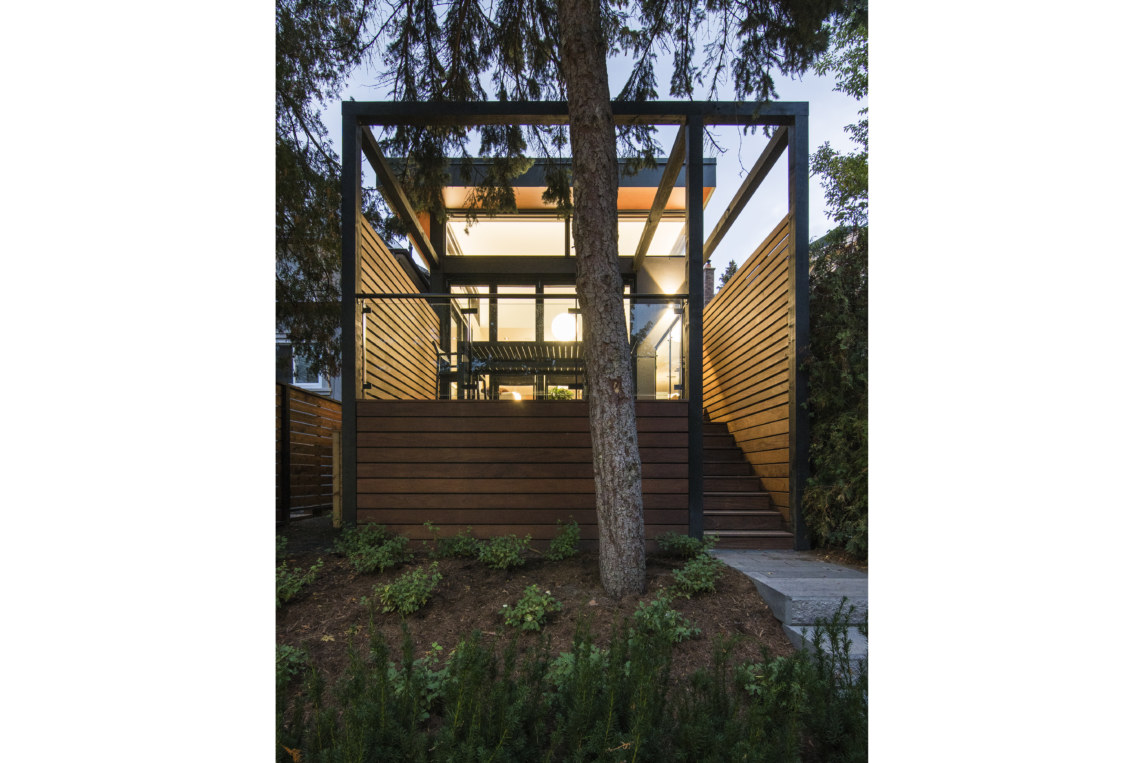 This 1920’s home has seen a complete interior renovation and new 2 storey rear addition added. The original home suffered from a series of dark choppy interior spaces, each disconnected from the other; the existing 1 storey sunroom to the rear garden was one of the only locations in the home where natural light was drawn in effectively. As a result of the aforementioned shortcomings, it was the clients desire to entirely reimagine the interior as a more open, bright and airy space.

The new interior now takes advantage of an entirely different layout, with updated finishes throughout. A newly constructed 2 storey rear addition replaces what was a tired and leaky sunroom. The addition’s vaulted ceiling now allows for greater privacy whilst retaining the original sunroom’s wealth of natural light.

Green roofs to each floor level, including that of the garage roof which can be viewed from the kitchen to the rear of the home create the illusion that the home is situated in a quieter more rural location than it actually is.

The revised exterior landscaping completed by Joel Loblaw Inc. allows the home to now nestle into its surroundings with ease.