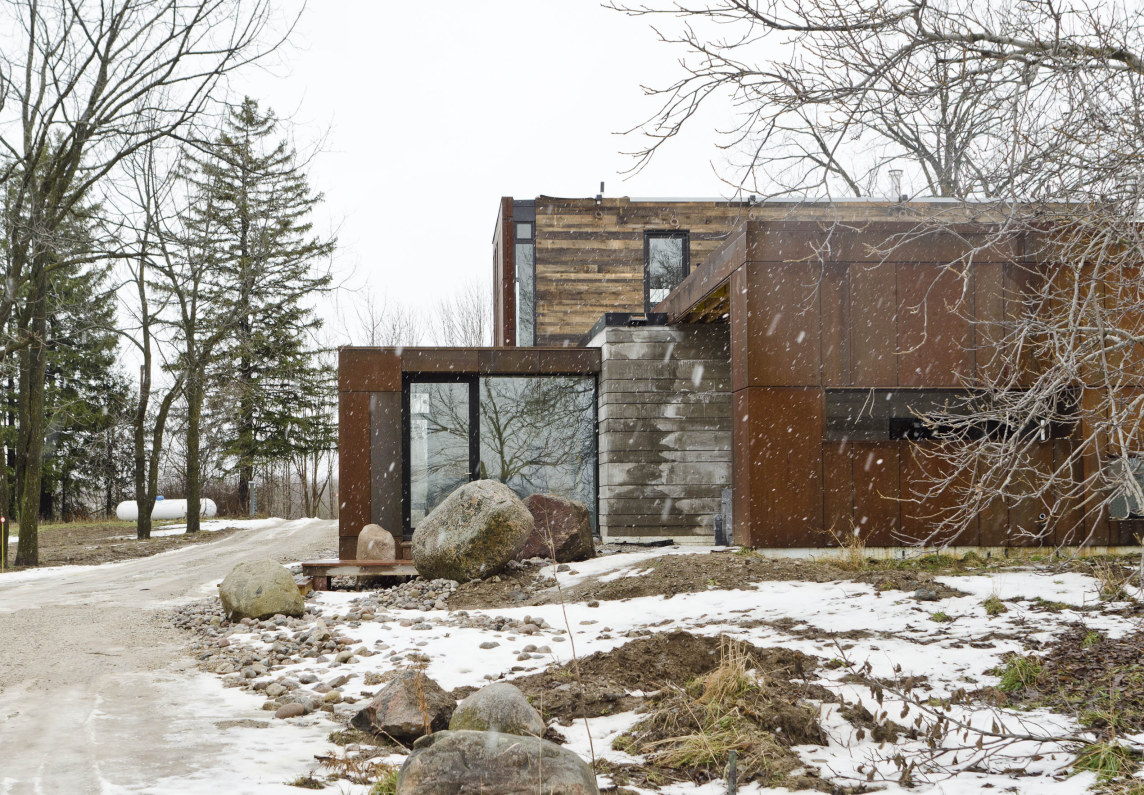 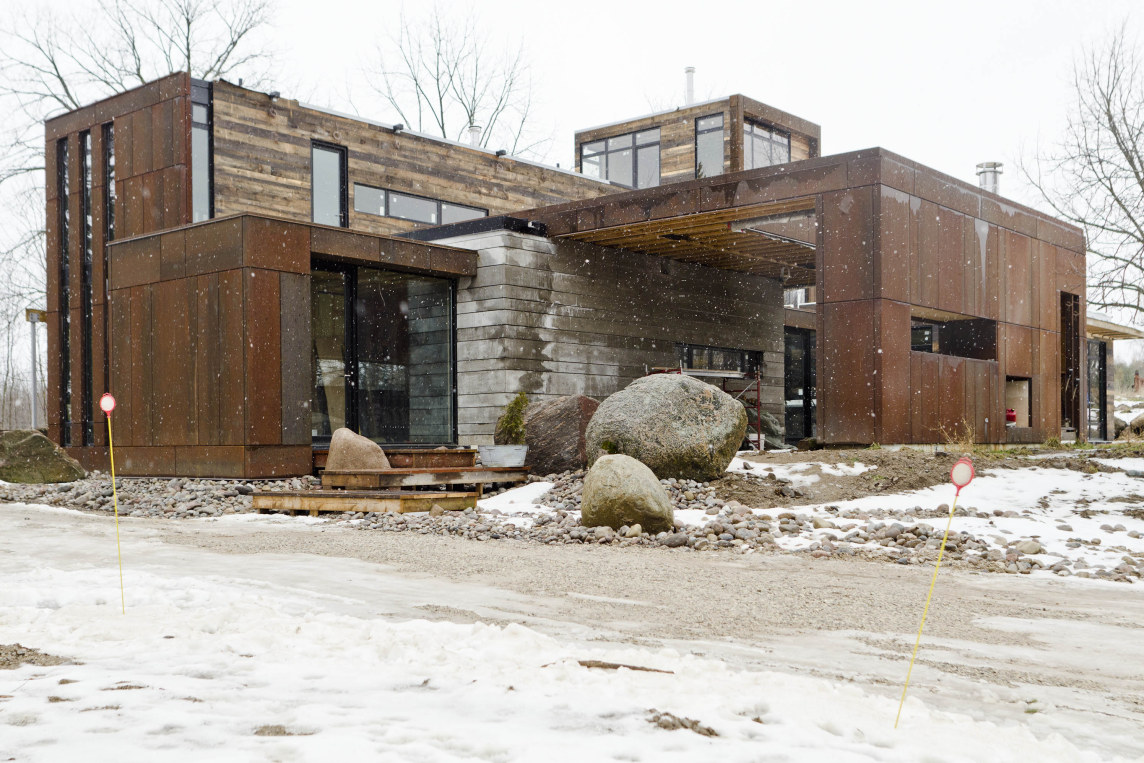 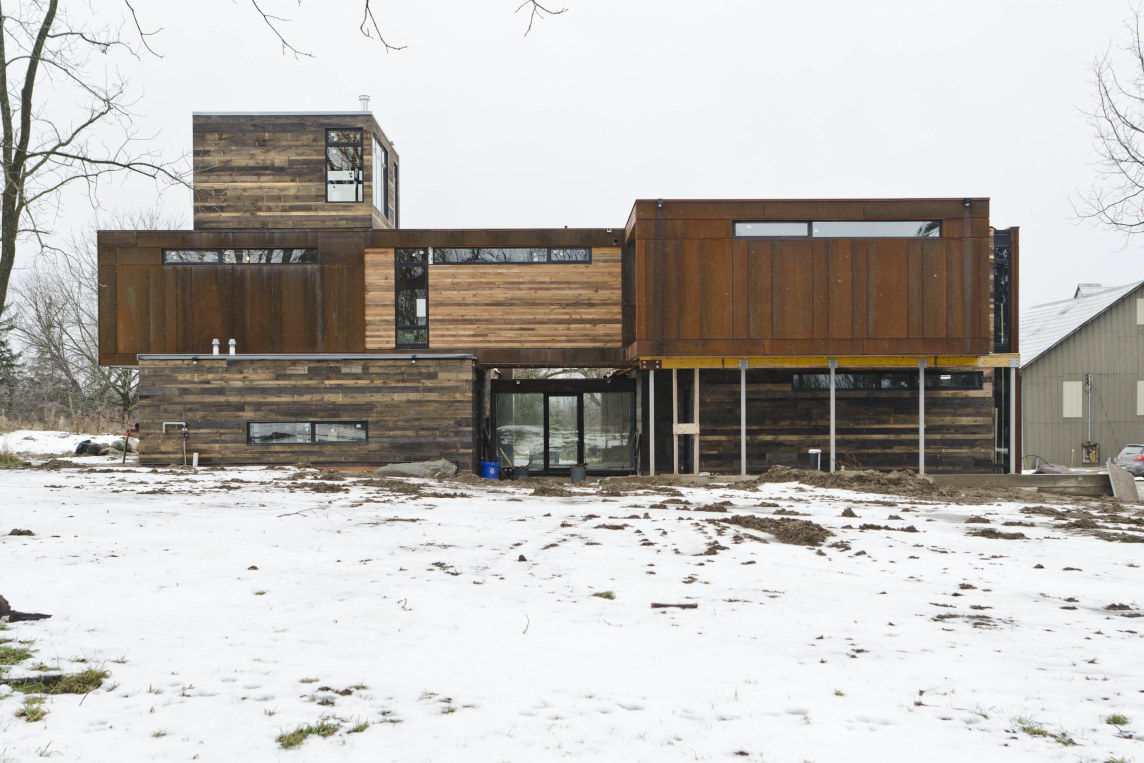 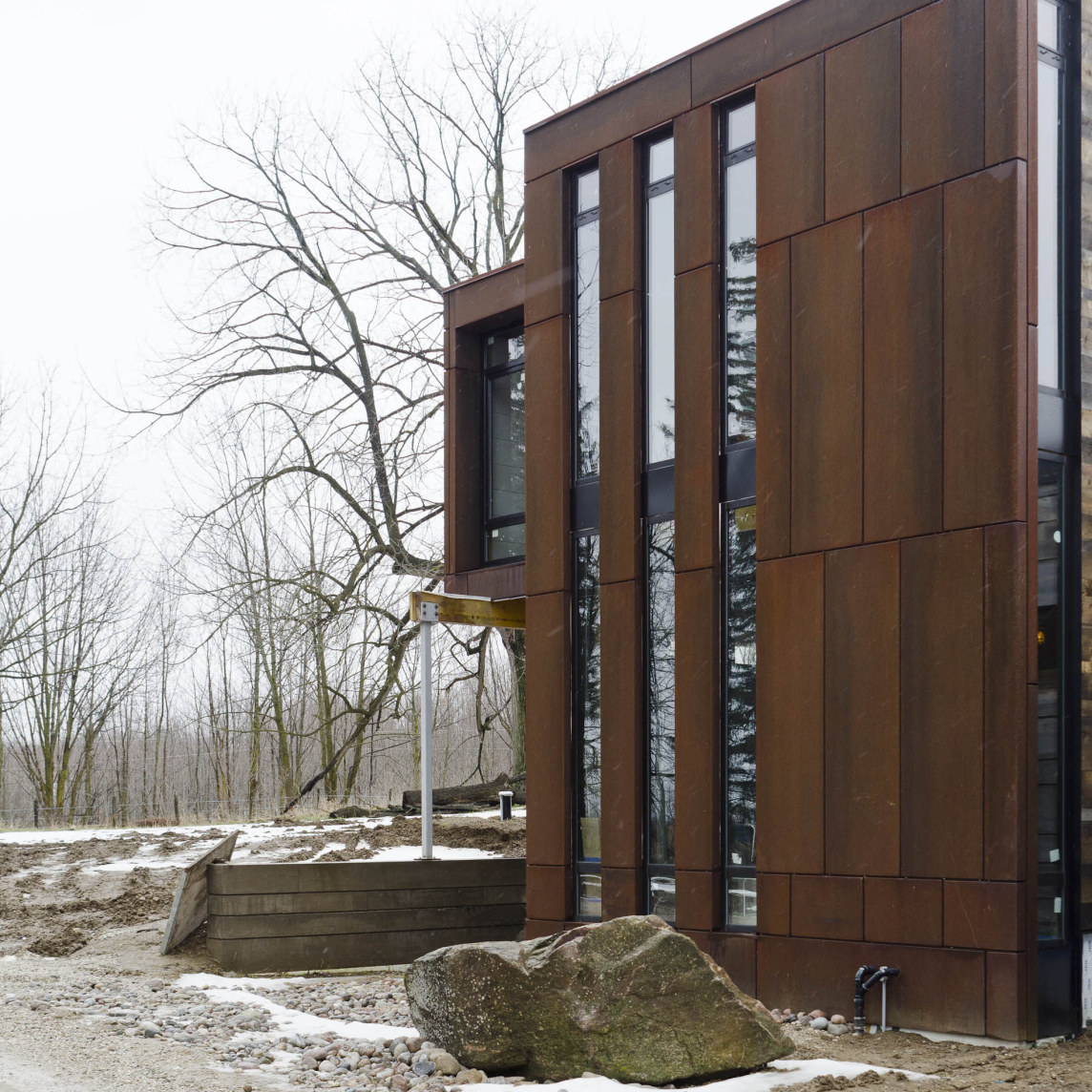 Located in a secluded field south of Thornbury, Ontario, this renovation from an existing coach house into a new residence for a family of 4 seeks to harmonize with its surroundings.

Previously a single storey mass with a small footprint, the building has been redefined with a series of connective elements that tie new masses to the existing, both to the south, north and west.

In general the existing ground floor saw an increase in footprint and re-allocation of interior spaces to enhance functionality and facilitate new programatic needs. Whilst making use of the existing washroom, all other interior partitions have been removed to make way for an open plan living environment; a single floor to ceiling lift and slide door splits this existing interior space into two primary areas.

A second storey was added to the east side of the existing building, facilitating a rec. room, two kids bedrooms and a master suite, which itself reaches out over the pool room which lies below, and to the south; a series of new interior and exterior courtyards have been formed indirectly from the connective tissue that links the pool room and existing building footprint. A new entry has been added to the north; it aligns with the lower level south breezeway, creating a sense of continuity and hierarchy between living spaces.

The building is naturally ventilated, and so is heavily dependent on large overhangs to the south to control natural heating and cooling strategies and avoid over exposure.

As well, the revised structure has been exaggerated to accommodate swings and other play equipment to the west edge, as the client wished to integrate an element of playfulness for his children.

The construction of the entire house was completed by the client, Jeremy Gourlay of Jeremy Gourlay Woodworks in Clarksburg. Jeremy specializes in interior finish details and was able to source, finish and install a great many of the unique interior and exterior finish components that separate this project from others.